Akenza Core is an easy-to-use agnostic Enterprise IoT System designed to help companies and cities build real-time connected solutions and connect any type of device, leveraging any type of technology, into one IoT system.

Akenza Core connects different, often complex and already existing programs that were not originally designed to be connected. IoT has multiple components that have to be brought together, to make it work: sensor, IoT system, network, application.

Akenza is committed to deliver state of the art security protection with the highest regard to privacy. Integration to your own enterprise system is possible due to open APIs, also enabling seamless integration into Microsoft Azure.

Bridging the Connectivity from Low Power Devices to Microsoft Azure

Connecting NB-IoT, 5G, LTE/4G, 3G/2G, LoRaWAN (LPWAN) or SigFox Devices to your Microsoft Azure instance has never been easier. Akenza Core offers deep integrations into the backend of network providers and telecommunication operators, providing connectivity out of the box and without any coding. Solution providers and System Integrators can thus focus on the IoT application development and on adding Business value, rather than spending valuable resources on the development of IoT infrastructure. 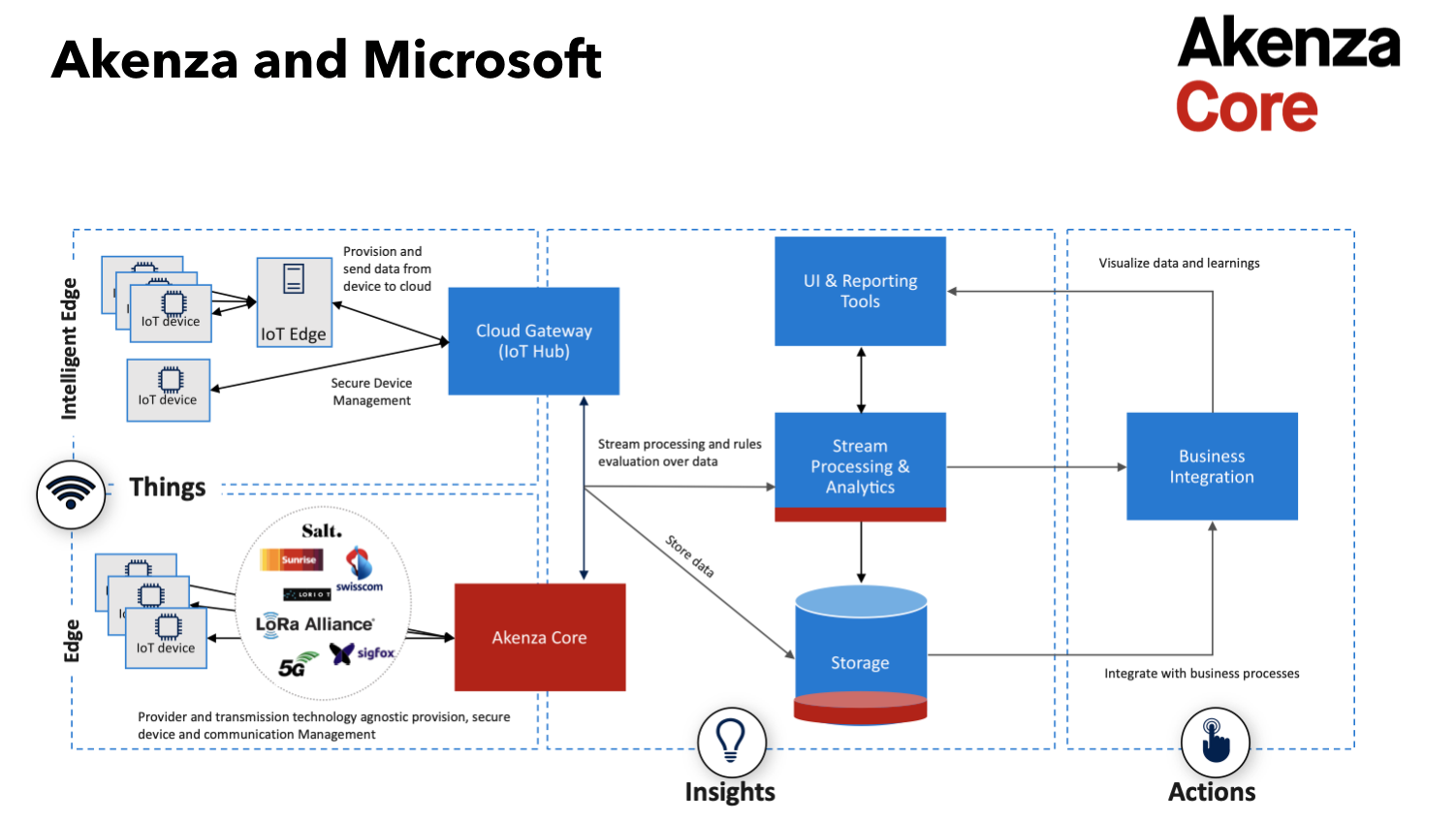 A Success Story: Smart City Zürich with Akenza and Azure

In the city of Zurich, Switzerland, the city-owned Utility Provider EWZ has implemented a LoRaWAN Network as part of the Smart City Zurich Digital strategy, which is used in particular for networking sensors in public spaces and buildings. The functionality for the management of the sensors is provided by the Akenza Core IoT System and based on the local Microsoft Azure Cloud Datacenter in Switzerland.

"Thanks to the work in the city of Zurich and the insights gained from it, other cities in Switzerland will also be able to easily and safely equip their buildings and infrastructure with smart technology, thereby increasing the well-being, security and quality of life of people throughout Switzerland."